Production details of the Submariner 16610 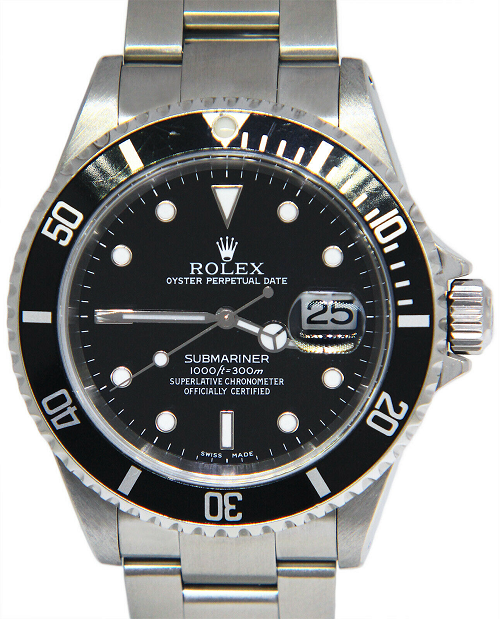 The main characteristics of the Rolex Submariner 16610

- the Oyster case now in steel 904L
- the bracelet with the "Flip Lock" clasp
- a screwable "Trip Lock" crown
- a sapphire crystal
- the famous Solid End Links (SEL), i.e. the end links of solid bracelets, introduced around 2000, randomly and then serially.
- a new movement: the Rolex caliber 3135
- the water resistance of this professional diver's watch is maintained at 300m (1000ft).

Five types of dials for the Submariner 16610: 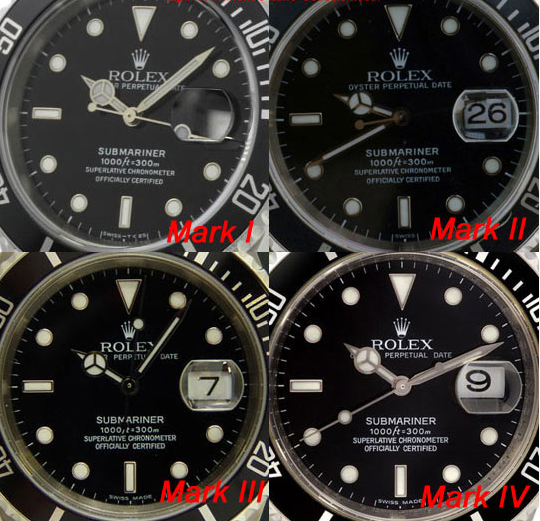 The Rolex Submariner 16610 saw its production stopped in 2010 and was replaced by the 116610 which is radically different from the previous Submariner by the shape of its case and its shiny ceramic bezel.
It is thus the last of a "line" with this Oyster case, finally benefiting from a SEL bracelet and still having the pierced lugs, so important to Sub lovers, allowing an easy strap change.

It is probably the most accomplished of the Rolex Submariner, bringing important technical improvements and keeping aspects essential to its charm, such as its bezel which does not have the brilliance of ceramics but rather tends to skate.

Value of a pre-owned Rolex Submariner 16610

On the second-hand market in 2020, it is necessary to count approximately $8,000 including all taxes for a second-hand Rolex Submariner 16610 in good condition but without box and without papers, the authenticity of these watches being easily verifiable, this last point is not so important for this model

For a watch with its original case and papers, count 10% more, that is to say approximately $8,800 including all taxes.